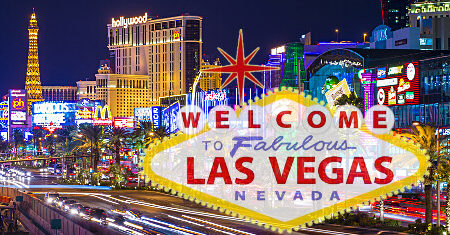 Mobile apps rejoiced its niche in Nevada’s sports betting action; thanks to the billion-dollar status it claimed at the outset of 2020.

On Friday, the data released by the Nevada Gaming Control Board revealed that the gaming industry accrued revenue of $1.04b in January statewide. This indicated a profit of 5.5% on the same month in the previous year. However, the figures showed a slight fall in that recorded in December 2019 which was recorded as $1.06b.

It is said that the profit can be attributed to the rebound in revenue earned from Baccarat games. Earlier this had drastically declined in December. In January the Baccarat revenue touched $112.2m. This was 47% above that of December pushing the overall segment of ‘table, counter and card games’ to a high of 12.1% up to $365.7m.

It was for the first time that Nevada’s monthly reports could boast of overpowering mobile betting figures as an independent segment. The State’s sportsbook reported a rise in the revenue up to 36% to $20.15m. This 1% year-on-year increase was recorded on a handle of $502.5m.

New Jersey shined with its sportsbook grabbing eyeballs with Garden State’s January handle recording stats up 40% year-on-year to $540.1m. The revenue here reached an all-time high recording $540.1m. The promising figures reveal Nevada’s success in their mobile sportsbook app. Mobile handle summed under $246m in January in Nevada which was nearly 49% of the total while the mobile revenue cracked $11.2m, accounting to 55% of total revenue.

New Jersey’s digital channels alone accounted for 87.2% of January’s betting handle. The digital accessibility appears to be the reason behind this discrepancy. Players from New Jersey were privileged to register digitally whereas those from Nevada had to sign up for mobile accounts at the retail sportsbook first.

Among the top sports, Basketball betting championed Nevada’s Jan revenue with $12.5m. This was said to be more than double that of January 2019’s total. Not close to the goal post, Football revenue declined more than ¼ year-on-year to $5.8m. Sports in the ‘other’ category saw a rise of 9.3% to $2.3m. It was the Parlay cards that siphoned $277k post a net loss of $15k in January last year. The January report credited Hockey for its betting revenue summed up to $1.15m on the handle of $24m; thanks to the Vegas Golden Knights franchise that could the local attention.